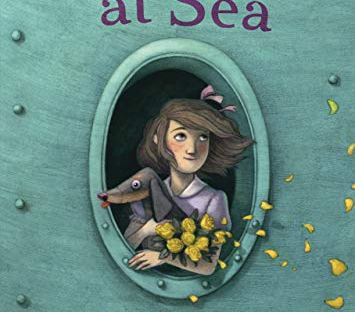 “Take up one idea. Make that one idea your life–think of it, dream of it, live on that idea. Let the brain, muscles, nerves, every part of your body, be full of that idea, and just leave every other idea alone. This is the way to success.”
~ Swami Vivekananda ~

Gifts for My Writer Friends:

Derek Haines at Just Publishing Advice has some good reminders in his post HERE, Can You Start a Sentence with a Preposition?

Christopher Slater has an interesting post HERE on A Writer’s Path that asks the question Should Your Characters be Celebrities?

It’s a good exercise for writers to enter contests and hone their skills. HERE is a terrific guest post on Fiction University by Rane Hall that will help you to craft your stories to win.

My house is pretty empty today. One year and one day ago, my daughter Maggie, in the teeth of the pandemic, flew to Sacramento from New York, wearing a mask, gloves, a head covering, and goggles to shelter here for what she thought would be two or three months. This morning I dropped her at the airport. She has bought a co-op in the Bronx and will re-start her stalled acting career. She was certainly not alone in that stall. I can’t imagine a sector that was harder hit than live theatre. The theatres are now beginning to cast shows and start rehearsals. Bill de Blasio claims New York City will be fully opened by July 1. I sure hope he is right. I’m really happy for Maggie to get back to her real life, but I know I will miss her terribly (and my little dog, Mason, will also really miss her!). My house sure feels empty right now.

Last week, I offered a copy of Bug Blonsky and his Swamp Scout Survival Guide by E. S. Redmond to one of you. Carol Baldwin shared my link a couple places for extra chances and it worked! Her granddaughter is going to enjoy this fun book. Thanks, Carol, for sharing and congratulations! If you don’t know Carol, check out her blog HERE. She always has lots of great stuff.

Some years ago when I attended workshops at Highlights, I met and became friends with a marvelous writer and teacher, Barbara Krasner, who was one of the hardest working writers I ever met. Since she lived in New Jersey, she drove to Highlights and could bring things with her that those of us who flew in couldn’t. One time when she arrived, I offered to help her bring things in from her car. I kind of had in mind I might roll in a suitcase or something. Her car was full of boxes of books she was using for her research. I don’t mean a couple of boxes. I mean about a dozen boxes. Barbara really does her homework! She was always encouraging and sharing as well. I knew she would have success, and I was right. I reviewed two of Barbara’s books on my older blog. You can see my reviews of Goldie Takes a Stand HERE and Liesl’s Ocean Rescue HERE. She has also published a book of poetry called Chicken Fat. Yesterday, her latest book, a terrific novel in verse for middle-graders, 37 Days at Sea, was released. I’d like to tell you a bit about it.

Ruthie Arons is 12, and has a great life in Breslau, Germany. She lives with her parents in a grand house, but it is 1939, and suddenly it is not a good place for Jewish people to live. Her father has to sell their house for very little, but they have enough to buy tickets on a ship called the St. Louis which will take them to America. It is a luxury ship, and Ruthie realizes they are very important people on the ship when they are led to the captain’s table for dinner. There are many men on the ship with shaved heads, and Ruthie’s father explains they had been in concentration camps. The troubles in Germany don’t seem so far away when Ruthie hears about the camps. There are many Jewish children on the ship as well, and soon Ruthie makes friends with a boy named Wolfie. They are both mischevious and have a lot of fun, but the reminders of what is going on in Germany with the Nazis are everywhere. Even some of the people working on the ship are Nazis. When the ship arrives in Cuba, they get their first taste that things will not go as easily as they expected. Wolfie’s father is in Cuba, but no one is allowed off the ship, and they end up sailing away without Wolfie ever seeing his father. Then the United States turns them away as well, and the ship turns back to Europe.

While this is a work of fiction, told in beautiful, lyrical poetry, it is extremely well researched, and the back-matter completes the sad tale of the St. Louis. Barbara’s research is impeccable, her story-telling is powerful and imaginative, and her poetry is simply lovely. This will be a welcome addition to middle-grade classrooms everywhere and will draw readers in and hold them through to the end. Do not miss this book.

Don’t forget to check for other Marvelous Middle-Grade Monday posts at the Greg Pattridge’s blog HERE.